Isabella, a 16-year-old girl from Southampton, UK, is excited about one thing this summer “I am back to swimming!” she exclaims. Last summer swimming was the last thing on Isabella’s mind as she suffered from a brain bleed and was referred to Great Ormond Street Hospital (GOSH) in London for treatment.

“Isabella had a brain bleed on the 10th June and I felt so scared and frightened when I learnt about the diagnosis and didn’t know whether it could be treated. The hospital in Southampton referred us to GOSH specifically for their Gamma Knife treatment, as they thought it could be suitable. We first met Mr James at the end of July.” Isabella’s mother says.

Isabella had a brain arteriovenous malformation (AVM) -  a congenital condition where a “short circuit” forms between the arteries and the veins of the brain. The incidence of all types of AVM is thought to be approximately 1.4 in every 100,000. Mr Greg James, Consultant Neurosurgeon at GOSH, who treated Isabella explains: “Normally, the arteries bring oxygenated blood to the heart, which is delivered to the brain tissue in tiny tubes called capillaries before the now-deoxygenated blood is collected and taken back to the heart. In an AVM, the arteries connect directly to the veins, bypassing the capillaries. The high-pressure arterial blood being pumped directly into the veins causes an abnormal tangle of blood vessels called a “nidus” to form. The nidus is delicate and can sometimes rupture, causing bleeding into the brain. Isabella was unaware that she had an AVM until she had a bleed, which made her quite unwell.”

“There are three different ways of treating a brain AVM, all three of which we provide at GOSH. One is open surgery to physically disconnect and remove the AVM, another is embolisation (blocking the arteries up from within) and the final is Gamma Knife radiosurgery - the use of focussed radiation to cause the AVM to shrink or disappear. Sometimes we use a combination of these three treatments. I work in a team where we discuss each AVM that presents to us in detail to decide which of the treatments will be the safest and most effective,” Mr James continues, “Because of the location of Isabella’s AVM within her brain, open surgery or embolisation would have carried a very high risk of injuring the brain and leaving Isabella with neurological problems. Therefore, we decided Gamma Knife would be safest.”

Gamma knife is a very precise and well-established form of radiotherapy. During the procedure, the doctors can determine which areas will get radiation and which areas will not in order to limit the brain’s exposure to radiation. Mr James explains: “Gamma Knife works like a colander. It uses very weak beams which then all intersect and generate a high dose of radiation. Meanwhile, the surrounding brain area is protected and limited to a very low dose of radiation. The advantage of Gamma Knife treatment is that the treatment itself is very safe and very well tolerated and Isabella recovered very quickly with only one night in the hospital.  The ‘downside’ is that it doesn’t work straight away - it can take up to five years for the AVM to fully disappear. Therefore, Isabella is under surveillance at the moment with MRI scans. She made a good recovery from the bleed, but we wanted to treat and get rid of the AVM so that it doesn’t bleed again in the future”.

Isabella’s mother recalls: “We came to GOSH the day before the treatment and everything was well organised. On the day of the treatment, there were over 10 people in the treatment room looking after my daughter, which made me feel confident that she would be well looked after. Everything was explained clearly to us which was very reassuring. From my point of view, Gamma Knife was a less stressful treatment option for surgery. It is like magic! After treatment, Isabella just had pin marks on her head. The whole process was very smooth and she recovered quickly; she had the treatment on Tuesday and was back to school by the end of the week.”

Isabella’s mother also gave some recommendations for families who have children with AVM: “We try to stay positive and focus on Isabella’s recovery. It has been helpful to be able to contact Mr James, especially when I have had questions about what to expect, both before and after the treatment. He has been very reassuring and that’s helped her to live a normal teenage life.”

Isabella says that during the treatment at GOSH, she was excited to take the next step forward to treat her AVM and she had positive memories of the play specialist who supported her before her treatment. Being a competitive swimmer, she was sad to miss swimming after her brain bleed but has been pleased to be able to return to the pool and was also to take her GCSE exams just a few months after the treatment at GOSH. “I am now back swimming and looking forward to starting college in September!”

The Gamma Knife technique at GOSH

At GOSH we are one of two national centres to offer Gamma Knife treatment to AVMs in children. We offer a unique combined service between GOSH and the neighbouring National Hospital for Neurology and Neurosurgery which means we have a team of both paediatric experts and Gamma Knife experts to offer the optimal treatment for children. Since we were commissioned by NHS England in 2016 we have treated over 20 patients with no adverse events and very positive feedback from children/young people and their families. 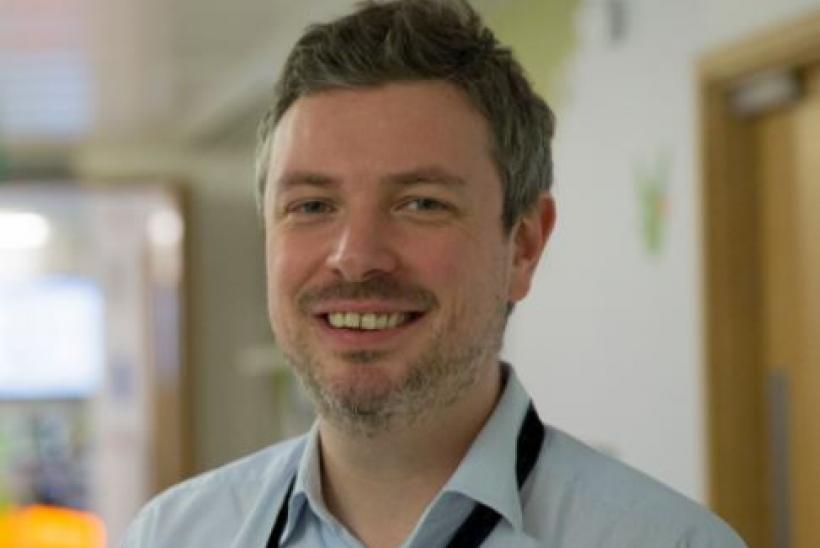